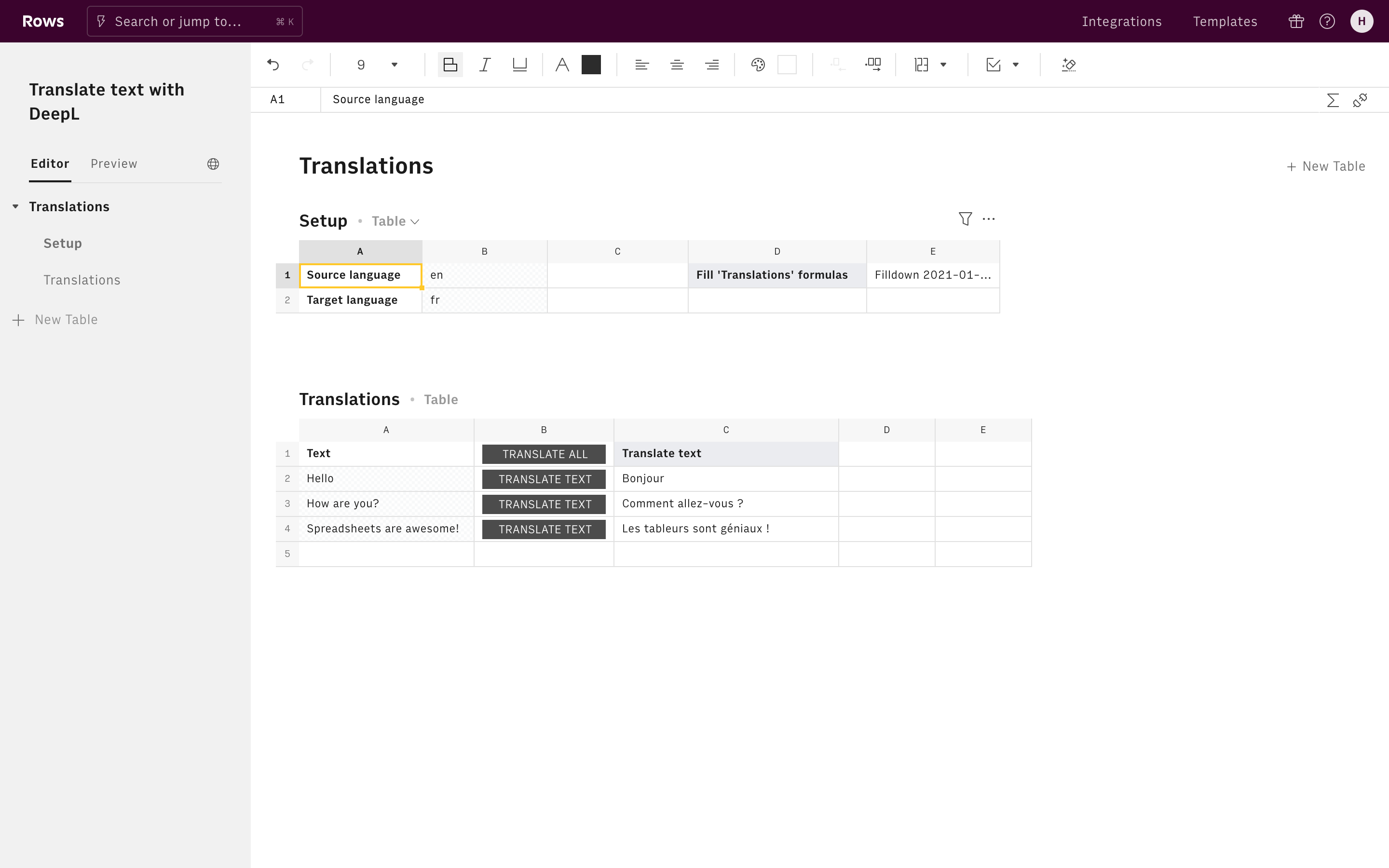 Get the most out of DeepL!

Connecting DeepL with Rows gives you the power to automate your translation process and receive high-quality translations, all in a spreadsheet.

Things you can do when using DeepL with Rows include:

Translate a body of text from a source language to a target language using DeepL.